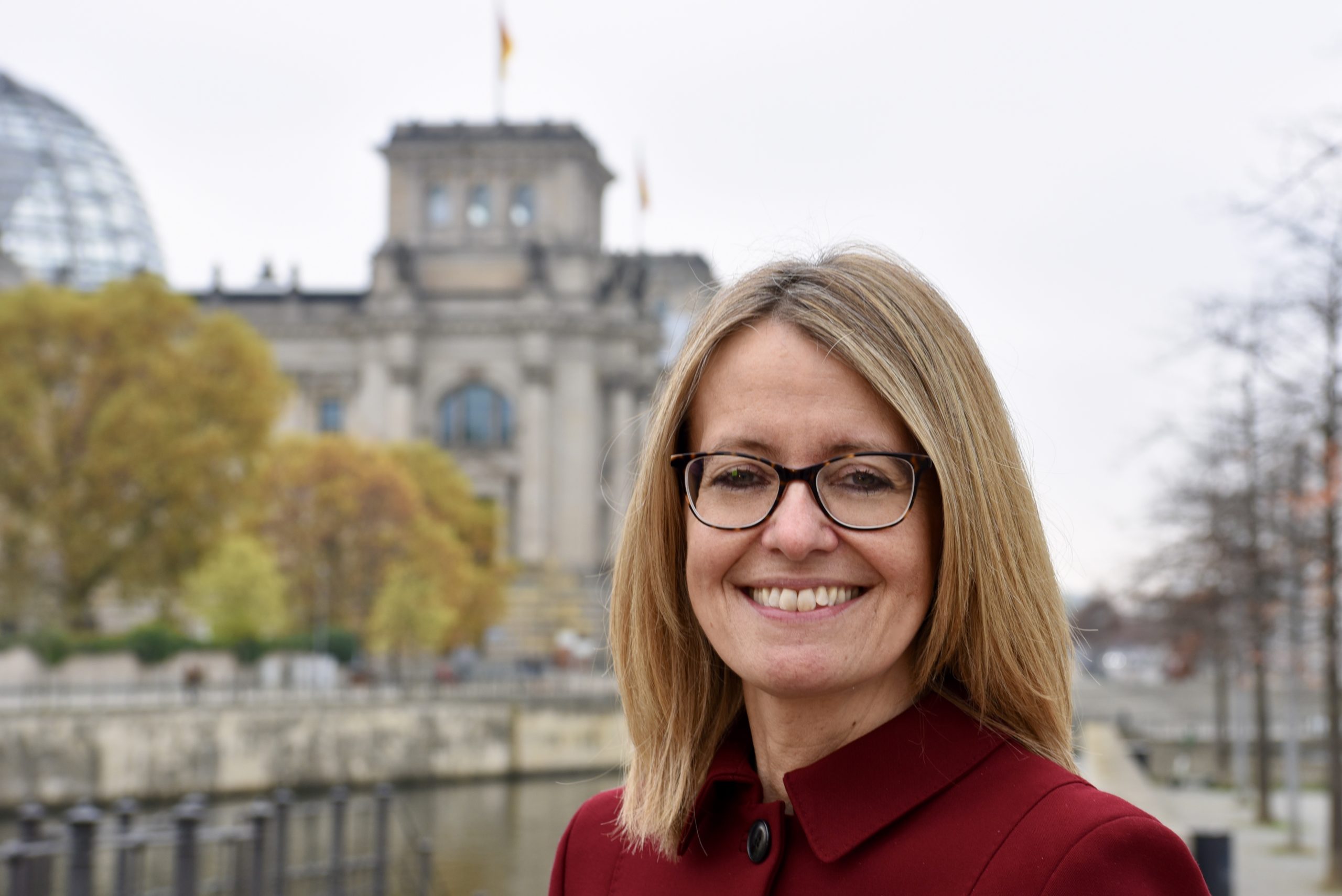 Jill Gallard CMG became Her Majesty’s Ambassador to the Federal Republic of Germany on 11 November 2020. Before joining the Embassy, she was the Foreign and Commonwealth Office’s Deputy Political Director (2018-2020) and Director of Human Resources (2014-2018). From 2011 to 2014 Jill served as British Ambassador to Portugal.
Since joining the Diplomatic Service in 1991, her career in the Foreign, Commonwealth and Development office has focussed on Europe with postings in Prague, Madrid and at the European Commission in Brussels. She has also had a wide range of jobs in London, mainly working on the EU and wider Europe.
Jill Gallard grew up in Northern Ireland and is married with two children. She studied French and Spanish at Edinburgh University. Jill speaks German, fluent French, Spanish and Portuguese, and some Czech.