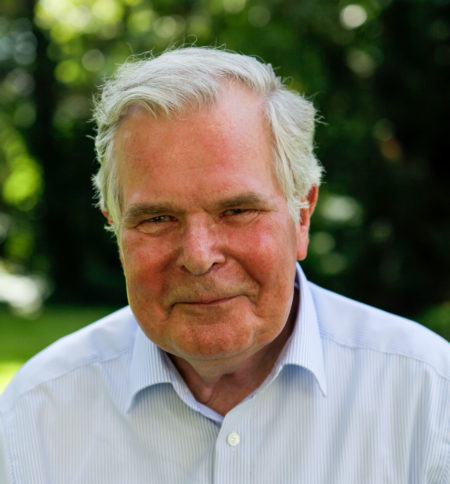 Hans-Henning Horstmann did his military service from 1964 to 1966 (last position: Captain of the Reserve). Having studied law, Horstmann joined the Federal Foreign Office in 1972. He was assigned to the Permanent Mission to the International Organisations in Vienna (1973-74), the German Embassy in London (1974-77) and the Political Division of the Federal Foreign Office (1977-80). From 1980 to 1982, Horstmann served as Deputy Chief of Mission in Accra/Ghana. From 1982 to 1985 he was Counsellor in the Private Office of the Federal Foreign Minister (Hans-Dietrich Genscher). After three years as Political Counsellor of the Embassy in Paris (1985-88), he moved to the Embassy in Washington as Spokesman and Head of the Department for Press and Public Relations.
From 1991 to 1994 he was Spokesman for Federal President Dr Richard von Weizsäcker. From 1994 Horstmann served as Head of the Directorate for Western Europe and, from 1996 onwards, as Head of the Division for North America, Northern, Western and Southern Europe in the Federal Foreign Office. In 1998 he was appointed Permanent Deputy Political Director. In 1999 he moved to the Press and Information Office as Director General for International Affairs. From 2002 to 2006 Horstmann was Ambassador in Austria and from 2006 to 2010 Ambassador to the Holy See. He is active in international forums and committees and holds the Chair of the Deutsch-Britische Gesellschaft since 2013.