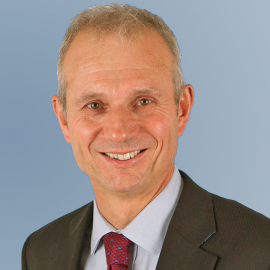 David Lidington served as MP for Aylesbury, Buckinghamshire, for more than 27 years until he stepped down from the House of Commons at the 2019 General Election. In more 20 years on the Conservative Party front bench, he served as an Opposition spokesman on Home Affairs, Treasury, Environment and Agriculture, Northern Ireland and Foreign Affairs. Between 2010 and 2016 David was the United Kingdom’s longest serving Minister for European Affairs, visiting 45 European countries and representing the United Kingdom at the EU, NATO, the Council of Europe, OSCE and the UN Security Council. In Theresa May’s governments, he served successively as Leader of the House of Commons, Lord Chancellor and Secretary of State for Justice, and Chancellor of the Duchy of Lancaster and Minister for the Cabinet Office. In that last role, David acted as deputy to the Prime Minister. David was educated at Haberdashers’ Aske’s School, Elstree, and Sidney Sussex College Cambridge, where after his first degree he took a PhD for work on law enforcement in the reign of Elizabeth I. He is married to Helen, a school teacher, and they have four sons now in their twenties.