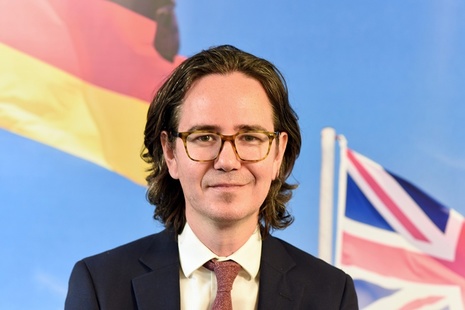 From April 2017 until August 2020 Kieran was Minister Counsellor, Political and Press at the British High Commission in New Delhi.

Kieran joined the UK Civil Service in 2005 and has held senior roles in a range of Government Departments including the Cabinet Office, HM Treasury, and the Department for Exiting the European Union.

Kieran studied at Cambridge University and holds an MA (Hons) in Geography. Before joining the Civil Service he worked as a political adviser to an MP. He has also held board level posts in the voluntary sector, most recently as Chair of Thrive, a leading UK horticultural and educational charity.

Kieran is married and has three daughters. Outside work he enjoys long distance walking and – before the COVID-19 pandemic – travelling extensively.